Part 1 is offered either January 12th at 7 pm or January 15th at 10 am, so you can join in whatever session works for you. 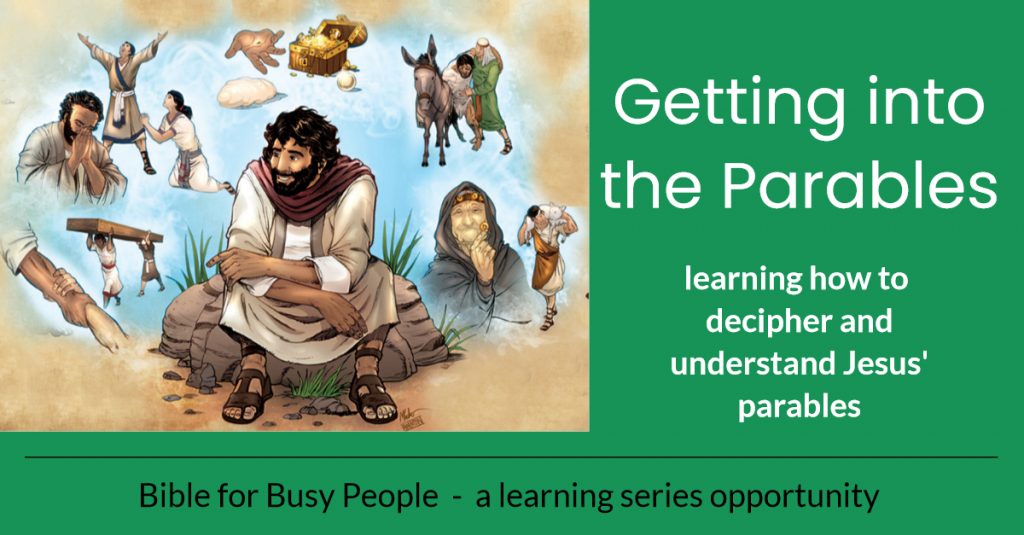 If you are having trouble with the link on your computer, you can call in at

Parables appear in both the Old and New Testement but are more easily recognizable in the ministry of Jesus. After many rejected him as Messiah, Jesus turned to parables, explaining to his disciples in Matthew 13:10-17 that those who sought God would grasp the deeper meaning, while the truth would be hidden from unbelievers. Jesus used earthly stories to teach heavenly truths, but only those who sought the truth were able to understand them.